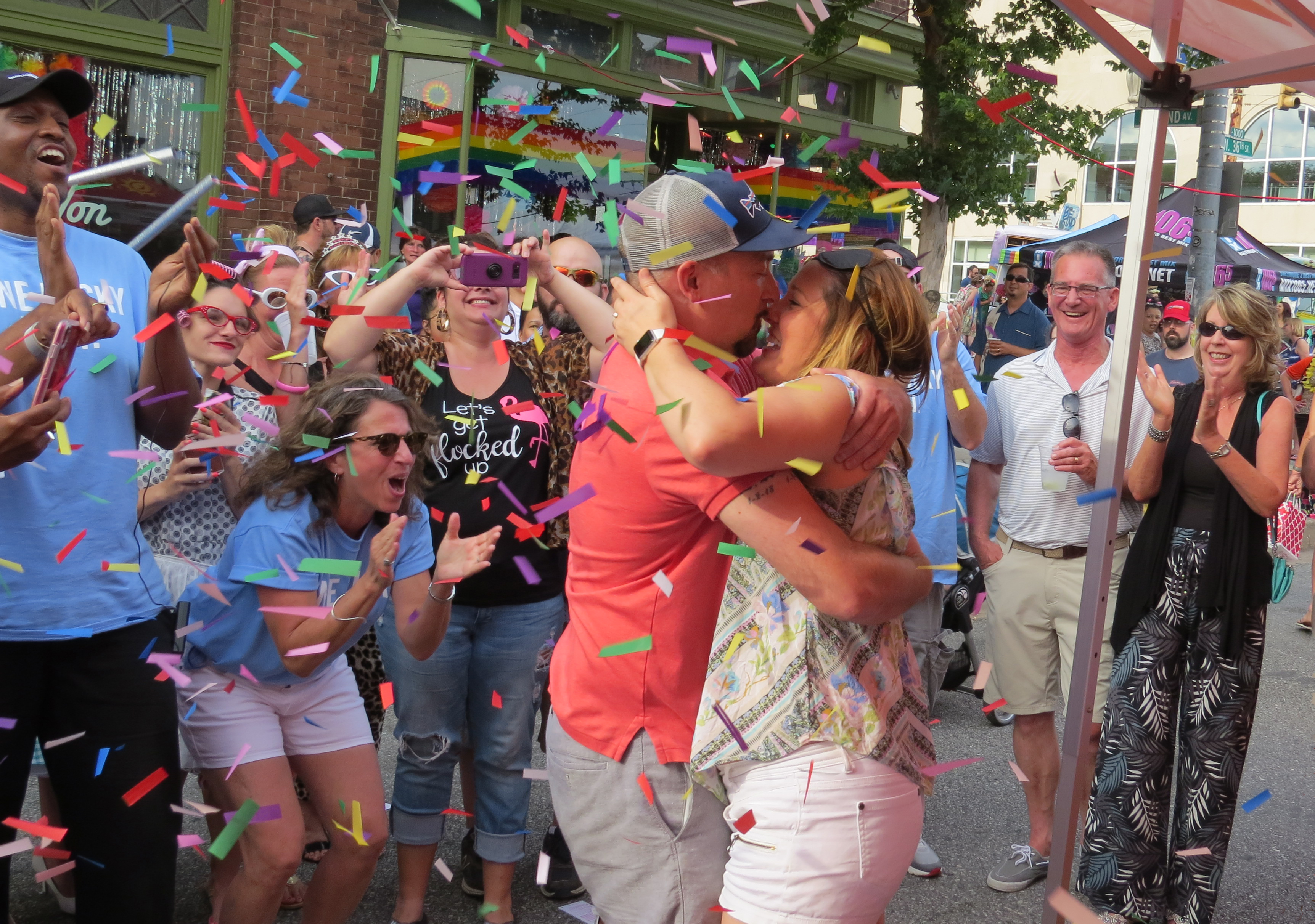 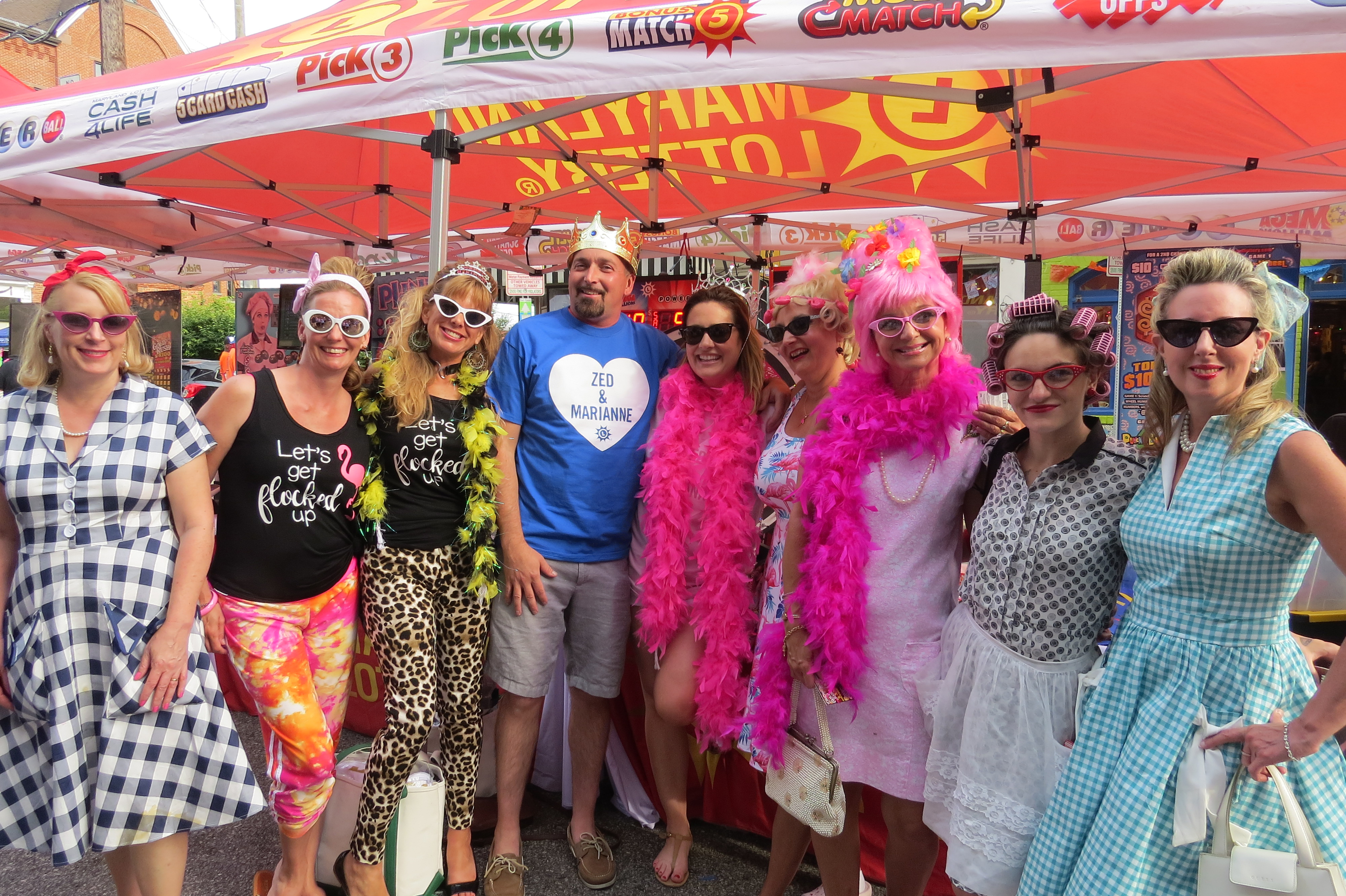 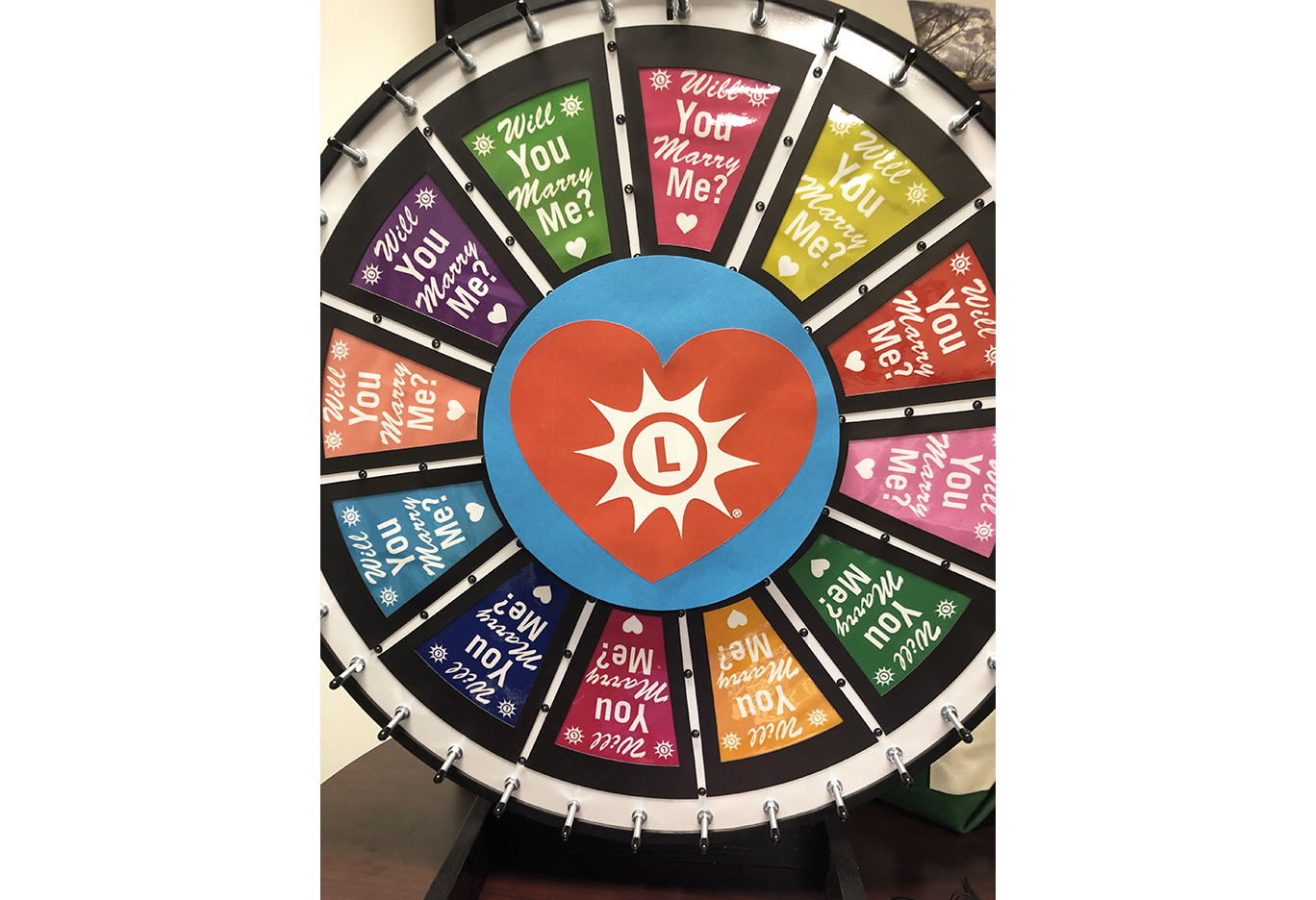 Surrounded by a crowd of Baltimore “Hons” and happy festivalgoers, a blindfolded Marianne Rudiman of Glen Burnie gave the Maryland Lottery prize wheel a spin, expecting to win a T-shirt. When the unsuspecting 33-year-old pulled off her blindfold, however, the longtime Lottery fan discovered that every slot on the prize wheel read, “Will you marry me?”

Surprise turned to joy as the astonished woman turned toward her boyfriend, Zed Nolan, who was beside her on one knee, holding an engagement ring. Amid cheers and applause, Marianne said “Yes!” Loads of hugs and kisses sealed the deal as confetti rained down on the elated pair!

“I’m the luckiest man on earth,” said Zed, 39, who works for Howard County Public Schools. The Lottery worked with Zed for several months to hatch the perfect proposal plan. They decided on Saturday’s HONFest venue in Baltimore. Then, the Lottery created a unique “Will You Marry Me?” prize wheel, along with some special T-shirts to mark the occasion.

Zed’s job — in addition to bringing the engagement ring — was maneuvering his girlfriend to HONfest and then to the Maryland Lottery booth by 6 p.m. on Saturday. With nervous anticipation, Zed led Marianne to the Lottery booth, where she joined a line of players waiting to spin the prize wheel. TV cameras were positioned nearby, along with a group of happy “Hons” who waited for their cue to throw confetti.

“This is a first for the Maryland Lottery,” said an ebullient Carole Gentry, managing director of communications. “We love our loyal Lottery players. So when Zed called to ask for help in proposing to Marianne, I just couldn’t say no. We’re so happy for them!”

The newly engaged couple have known each other for years but started dating one year ago during HONFest weekend. See a video of the proposal on the Maryland Lottery’s Facebook page HERE.