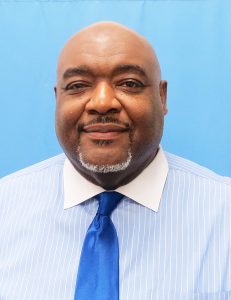 Maryland Lottery and Gaming Director John Martin today announced the hiring of the agency’s new Managing Director, Sales and Marketing, Solomon Ramsey. A Lottery veteran with more than 20 years in the industry, Ramsey will take over the role previously held by Martin, who was appointed to the director’s position by Governor Hogan in July 2021.

“Solomon’s broad range of knowledge and in-depth understanding of the lottery business from a sales and marketing perspective will allow him to walk in the door and hit the ground running,” said Martin. “He will be a tremendous asset as we continue developing new opportunities for growth through retailer expansion as well as new marketing and promotional initiatives.”

Ramsey began his lottery career at the Georgia Lottery, where he worked his way up from sales rep to become the statewide product manager for all lottery monitor games. Following his time in Georgia, he returned to his home state of Connecticut where spent more than ten years as both the Director of New Business Development, Retailer Services and Licensing and as the Director of Sales. During his tenure there, he led his team to record-breaking sales. Ramsey was also instrumental in launching Keno in the state in 2016, recruiting major bars and restaurant chains like Sliders and Buffalo Wild Wings to become lottery retailers.

A graduate of the Citadel, the Military College of South Carolina, Ramsey is a former U.S. Marine Corps reservist. The married father of four sons is a longtime youth football coach and active volunteer. He begins his new position at Maryland Lottery and Gaming this month.